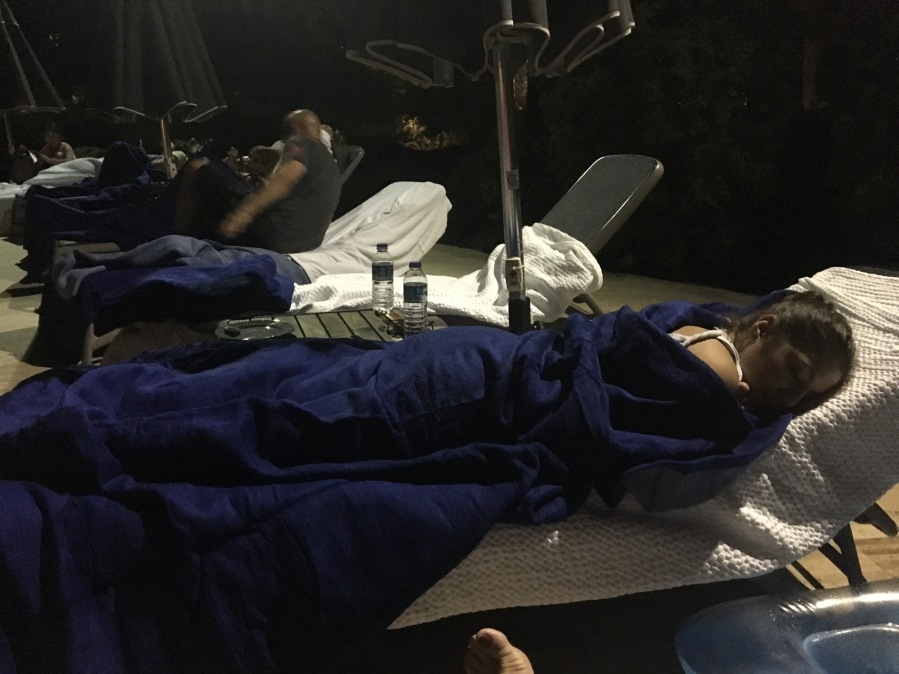 Everything about my one-week summer vacation to Marmaris was perfect, from the beaches, tours to the beautiful resort and the food. But the one thing we did not expect or plan for was an earthquake hitting Marmaris. I knew that Turkey is prone to earthquake due to it being located between the Arabian and Eurasian plates – but I didn’t expect it to happen to us.

Th earthquake struck on 21st July at 1:31am. I woke up to the sound of all of my makeup falling from the shelf and then 3 seconds later my mum banging frantically on our door to wake us up. The whole building was shaking, the lights were swinging and i could hear banging on the ceiling. My sister was still sleeping throughout all of this until I woke her up to tell her that we need to leave NOW. We both looked at each other and both had the same look in our eyes when we were in the Gaza Strip and we had to take cover after hearing bombs. Obviously, we had no idea what was going on…

The instant reaction was to get ourselves out of the room. The corridor was full of people screaming, crying and running around like headless chickens. The hotel was still really aggressively shaking. It was quite a scary situation actually – but all i was thinking about was making sure my family gets out. My older brother was meant to be coming the next day from NYC to surprise my father, but i wish he was with us at that moment as he is good at calming us all down.

We ran down what seemed like 13 floors of stairs before reaching the lobby. There were hotel staff waiting by the bottom of the staircase trying to evacuate the hotel. At this point, we still didn’t know whether or not it was an earthquake, a terrorist attack or something else.

We stood outside the hotel for an hour and just waited and watched as many of the locals rushed out into the streets in their pyjamas. Holidaymakers from other nearby resorts were also gathered in the streets and abandoned their rooms for safety. Even though we were all quite frightened, I just remember all of us laughing at how much my mama brought with her – somehow, she was able to grab her phone, our passports and some snacks from the room fridge. She was also able to change into other clothes! I think she had years of experience, born and raised in the Gaza Strip that the reaction is automatic for her.

We waitied for what seemed like forever before hotel staff directed us towards the beach/pool area. We couldn’t go back in the hotel as aftershocks continued to rock the city.  We slept the night in sun beds as my mama used sheets and cushions from nearby deck chairs to build us makeshift beds. The staff came round to each sunbed and provided us with blankets and water bottles. Considering the situation, i slept like a baby and it felt great sleeping outside!

The next day, we discovered that our hotel, along with a few others had broken glass and other damages.

All I know, was that it could have been so much worse.  I am so thankful for the brilliant job the staff of D-Resort Grand Azur did to keep the guests calm and providing great customer care, even in these condirions.

The next day, my brother came from NYC to surprise my father. Quite an emotional few days, to say the least.

2 thoughts on “Earthquake in Marmaris: My First-Hand Experience”